← Common Wealth Theatre
East of the Sun, West of the Moon → 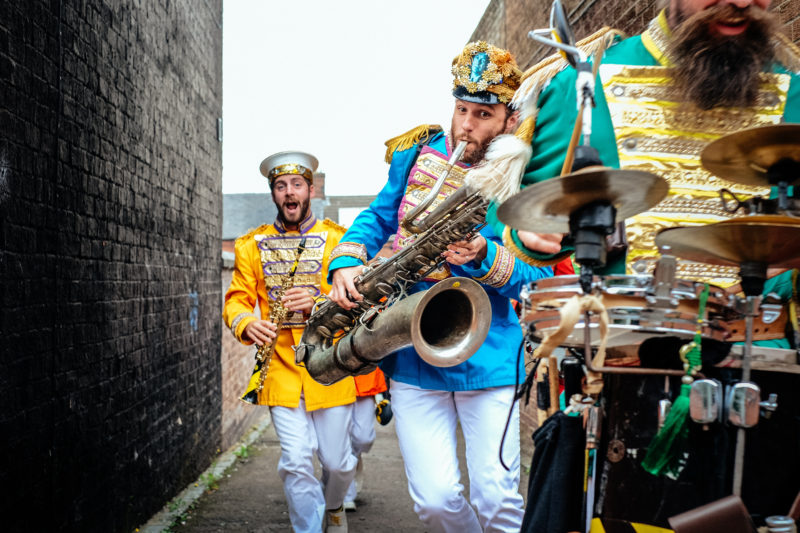 In New Orleans, they celebrate in style. Second Lining is a quintessential New Orleans art form: following the band to enjoy the music, marching and dancing, twirling parasols and waving handkerchiefs. It is a full on street intervention – if you’re lucky enough to be caught up in the commotion, you’re part of the Second Line.

Mr. Wilson’s Second Liners are revolutionary genre-bashers who knock traditional Second Lining sideways, opting for upbeat dance tracks bursting with colour and sound over traditional hymns. Hot-stepping out in uniformed style, they channel the spirit of the 24-hour party people, rallying impromptu raves on street corners and rousing audiences young and old into a joyful frenzy.

With a packed annual touring schedule of street performances, festivals and club gigs, Mr Wilson’s plays to an average of 20,000 spectators a year and are guaranteed to get audiences dancing wherever they perform.

I am working with the Mr Wilson’s team in an advisory Producer role, supporting the company to develop new projects and explore new partnerships and potential collaborations.