← East of the Sun, West of the Moon
Ceremony → 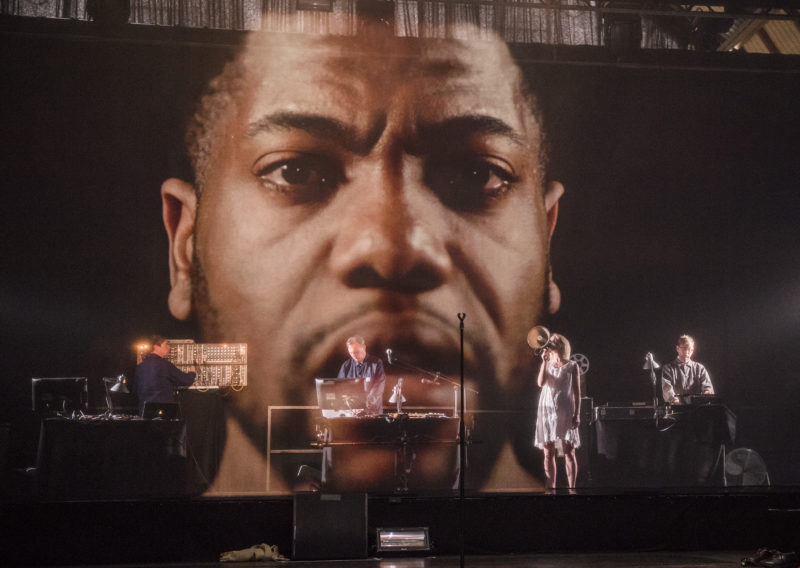 Cotton was once as good as gold in Lancashire, the engine for a thriving economy built on the Industrial Revolution. And then in 1861, reality bit: the US Civil War took root, American ports fell silent, the supply of cotton dried up and the prosperous North was brought to its knees. This was the Cotton Famine, and England has never been the same since.

Created by Jane Horrocks, Nick Vivian and Wrangler, featuring Stephen Mallinder of the great Cabaret Voltaire, this unique gig/theatre hybrid featured a dynamic soundtrack (taking in original material, familiar songs, industrial noise and electronic soundscaping), and a compelling collage of  drama, words and film to evoke an era lost to history: of hard work, of passion, and of the North of England’s inspiring solidarity with the slaves of the American South.

Cotton Panic! was staged in the atmospheric Victorian grandeur of Upper Campfield Market Hall, a found space in the centre of the city, and ran over 7 performances. I produced the project on behalf of Manchester International Festival.