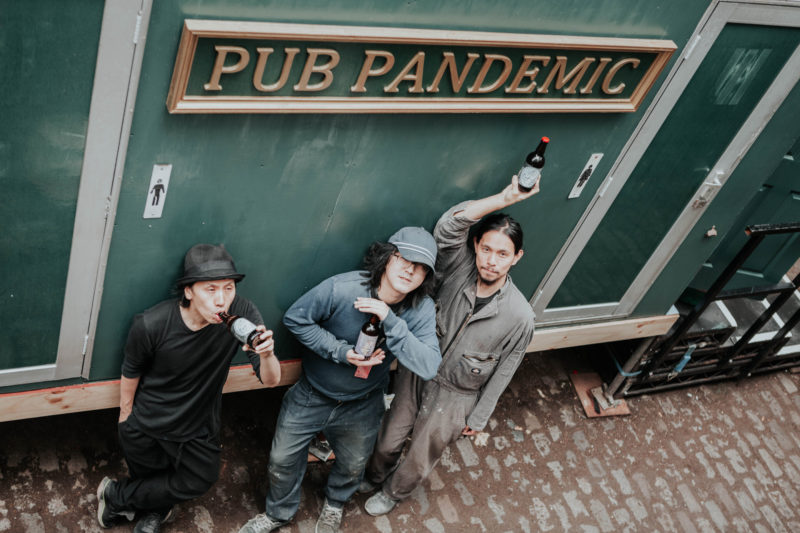 The Manchester cholera epidemic of the 1830s was the unlikely inspiration for the first major UK project by one of the world’s most playful and provocative art collectives, Tokyo’s Chim↑Pom, who were invited to Manchester by the Contact Young Curators, five emerging local artists brought together by Manchester International Festival and Contact.

Chim↑Pom have an ongoing fascination with urban infrastructure, and the ways in which urbanisation impacts the citizens of a city, and for A Drunk Pandemic they focused in particular on the rapid urbanisation which took place in Manchester as a result of the industrial revolution in the 1800s. This sudden urbanization as a result of the industrial revolution created appalling sanitary conditions and led to the cholera epidemics of 1830s and 40s. Following the cholera epidemics there was significant hygiene reform in modern cities, including improvements to the infrastructure for the water supply and sewage system.

The starting point for A Drunk Pandemic was Manchester Victoria Station, which stands on top of the Walkers Croft Burial Ground. The site was used from 1815-1832 and belonged to Manchester Cathedral. It is believed there were up to 40,000 individuals buried on this site, many of whom were cholera victims. During cholera and plague epidemics, beer, which is boiled before brewing, was considered as a substitute for raw water, and so for their commission Chim↑Pom created a temporary brewery in the tunnels underneath Victoria Station and produced a new original beer, A Drop of Pandemic. Sharing the site with the brewery was a public toilet, ‘Pub Pandemic’, where audiences could sample the beer and could also make a donation to ‘Piss Building’, a brick factory in the tunnels where Chim↑Pom created over 700 bricks from cement mixed with urine over the duration of the Festival.

For MIF19 audiences were offered the opportunity to go on a brewery tour, and the Contact Young Curators also organised a series of accompanying events including a Panel Discussion and a performative Pub Quiz.

I produced the project on behalf of Manchester International Festival, leading on discussions with the artists and overseeing all elements of the installation including stakeholder management, licensing, environmental health, site setup, procurement, staffing, marketing and press, budgets and contracting. I also worked with the team from Contact to support and mentor the Young Curators.

Commissioned and produced by Manchester International Festival and Contact.